70 Years of Service - The Queen and Britain's Armed Forces

2022 sees Her Majesty Queen Elizabeth II celebrate the first Platinum Jubilee in British history and The Queen’s 70 years on the throne have been synonymous with a close relationship with the British Armed Forces.

As Sovereign, The Queen is Head of the Armed Forces, both in the United Kingdom and in the Commonwealth, but her relationship with the Armed Forces began when, as Princess Elizabeth, she joined the Auxiliary Territorial Service (ATS) in 1945.

“It is a tradition of very long standing that the Sovereign, and members of the Royal Family, are intimately associated with the Armed Forces and have been proud to serve in all three services.”
A speech by The Queen at the Armed Forces Muster, 2012

‘Elizabeth Windsor’ became the first female member of the Royal Family to join the Armed Services as a full-time active member and during her time in the ATS at the end of the Second World War, the Princess learnt to drive and to maintain vehicles.

Her enlistment made headlines around the world, with newspapers applauding the young princess’ commitment to the war effort and calling her "Princess Auto Mechanic." 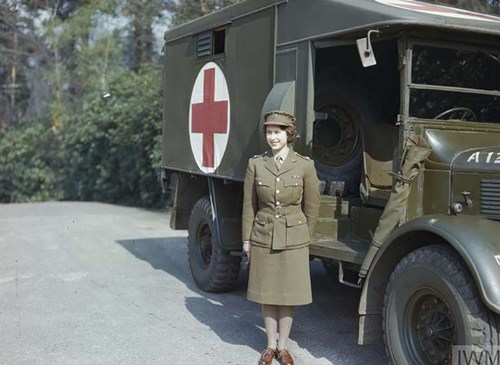 The then Princess Elizabeth proudly stands beside a military ambulance vehicle.

Elizabeth was still in the ATS when Germany surrendered on May 8, 1945, and she and Princess Margaret famously slipped out of Buckingham Palace to join revellers celebrating in London.

While The Queen is perhaps best known as a passionate rider and breeder of horses, her teenage years in the ATS certainly left their mark.

She taught her children how to drive, and well into her 90s was frequently be seen behind the wheel of one of the many cars in the royal collection - The Queen has even been known to jump at the chance to diagnose and repair faulty engines and machinery, just as she was trained to do more than 70 years ago. 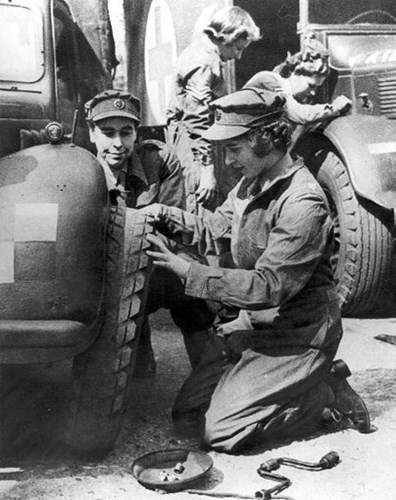 The Queen changing a tyre during her time with the ATS.

Even though her military service officially ended with Japan’s surrender in 1945, The Queen has maintained her affinity with the Armed Forces since, holding the position of Colonel-in-Chief of numerous regiments in the United Kingdom and throughout the Commonwealth, as well as the position of Lord High Admiral in the Royal Navy.

But although The Queen is officially connected, her association with the British military goes deeper than titles alone.

Alongside her own long service of her country, The Queen has always greatly appreciated the service of others, after all, she is and was also the wife, mother and grandmother of individuals either having served, or are currently serving, in the Armed Forces. 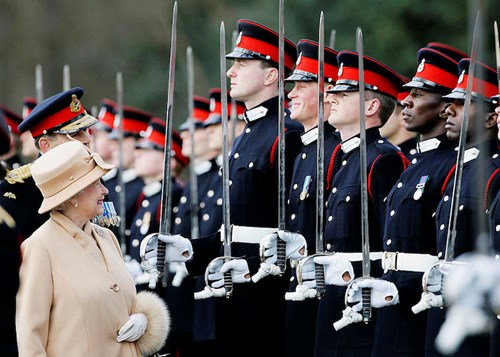 “Wherever you are deployed in the world, you should be assured that I and the whole nation are deeply thankful for the part you play in helping to maintain peace around the globe.”
The Queen's Broadcast to the Armed Forces, 2009

Various military events, visits and celebrations have also formed a large part of The Queen’s official calendar for her 70 years on the throne, including the Trooping of the Colour, a celebratory event where she actually attended on horseback, dressed in military uniform, for many years. 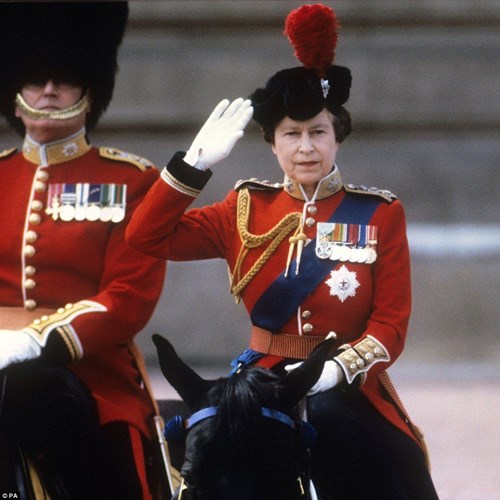 From leading the nation’s Remembrance Sunday commemoration of the fallen, to spending a lot of time meeting servicemen and women of all ranks, and their families, both at home and on overseas trips, Queen Elizabeth II has always made time for those who served. 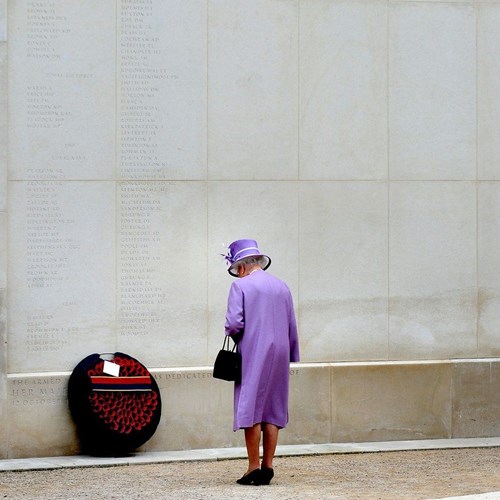 The Queen bows solemnly after laying a wreath to remember the fallen.

Remembrance of those who sacrificed their lives for their country has always been an extremely important part of The Queen’s duties and alongside celebrating those whose deeds deserved recognition and gratitude, The Queen also introduced the Elizabeth Cross.

This is the first medal to which The Queen has put her name and was instituted in 2009 to give special recognition to the families of those who have died on military operations, or as a result of terrorism, since 1948.

“I greatly hope that the Elizabeth Cross will give further meaning to the nation’s debt of gratitude to the families and loved ones of those who have died in the service of our country. We will remember them all.”
The Queen's Broadcast to the Armed Forces, 2009

As Britain’s longest-reigning monarch, Queen Elizabeth II has devoted her life to the service of her country and the Veterans’ Foundation would like to both thank and congratulate Her Majesty on a magnificent 70 years on the throne.

The Queen’s dedication to service and to those who have and are serving is a true example to us all. 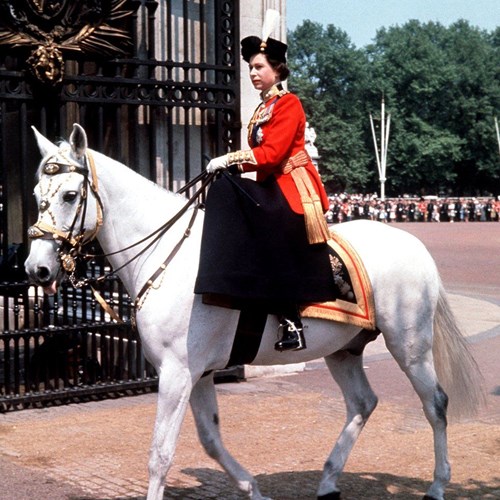