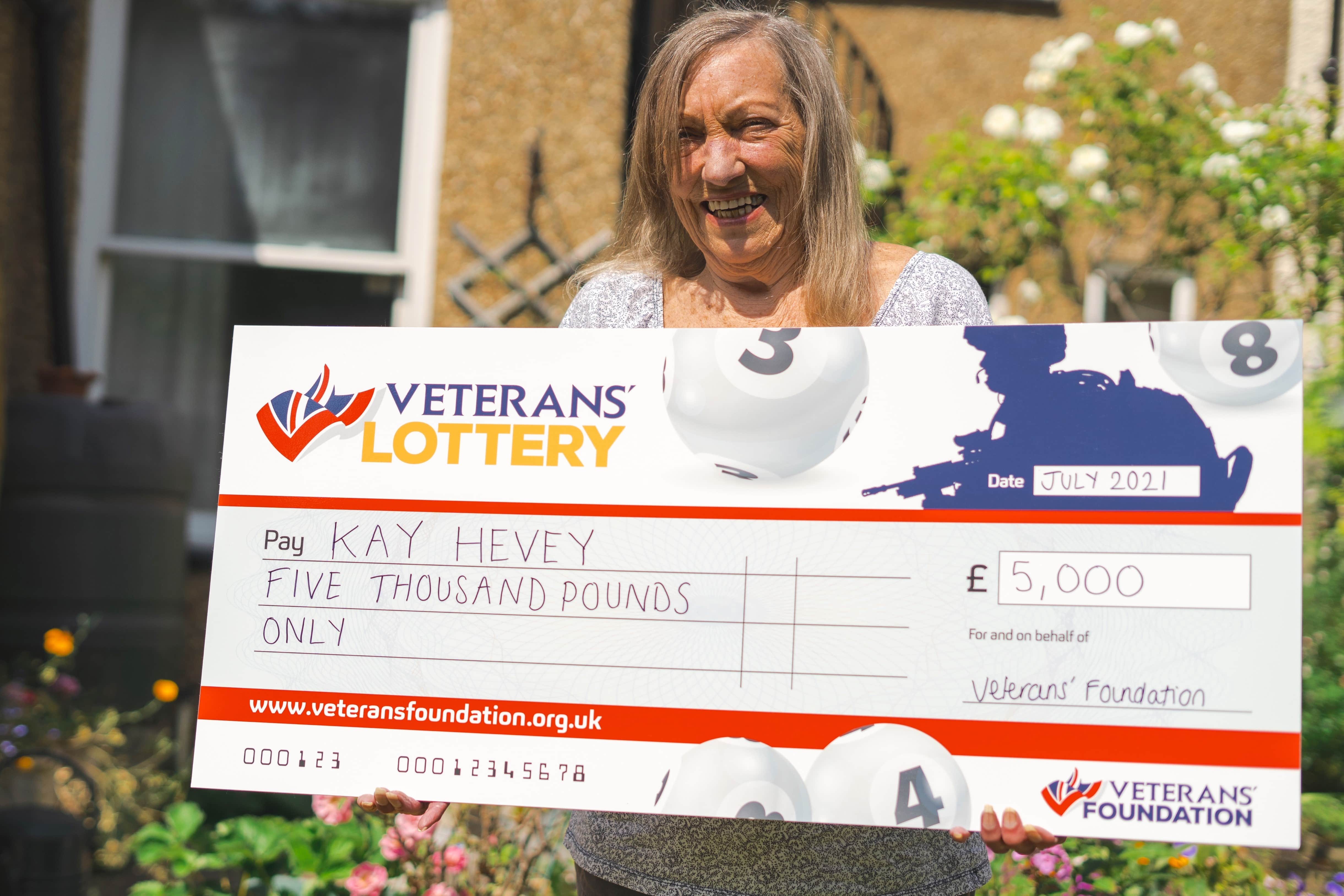 Congratulations to Kay Hevey, who has won the £5,000 first prize in this month’s Veterans’ Lottery.

Kay, who lives in Carshalton Beeches, south London, saw her numbers come up in the July draw.

It’s the first time the 78-year-old has been lucky enough to win any significant cash prize and she’s decided to spend it on a hybrid car.

“If I had one word to describe how I feel about winning the Veterans’ Lottery it would be easy. Joy!” said Kay.

“The cause is very close to my heart because I was married to a Royal Marine and then after that I married someone in the RAF. My father also served in WW2 and was very proud to have done so.”

Kay is a firm believer in supporting our ex-servicemen and women and thinks the Veterans’ Lottery is the ideal way of giving something back.

“Supporting those who support us just seems the right thing to do,” she added. “The Veterans’ Lottery is the ideal vehicle – you stand a chance of winning some fantastic prizes but you also know that you a making a contribution to helping British veterans when they need it the most.”

The second prize of £2,000 went to Gorleston, Norfolk-based Peter Gildray. Remarkably, it was Peter’s first draw. A further 40 players each won £120.