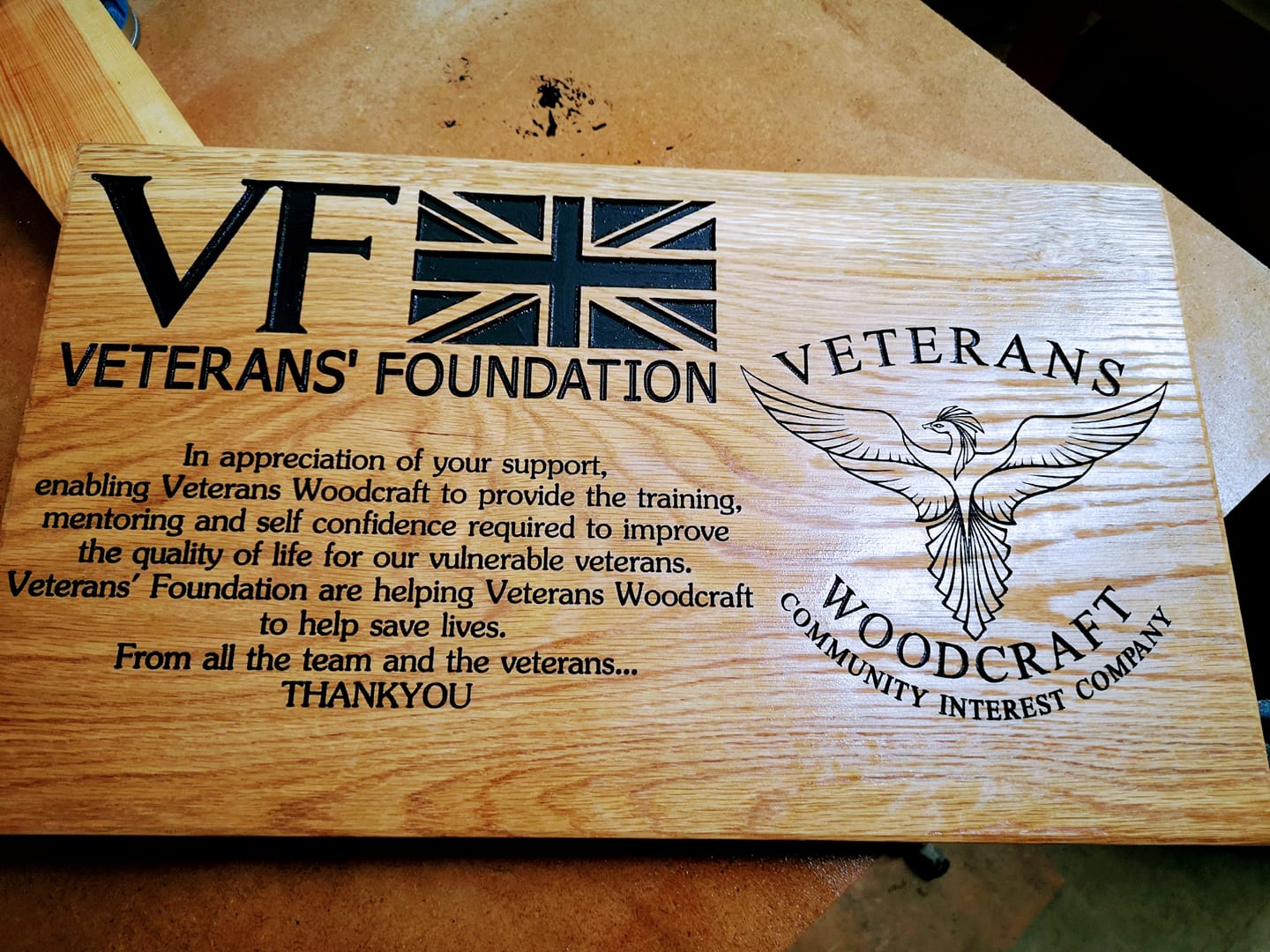 How do Veterans’ Woodcraft help Veterans?

Veterans Woodcraft exist to provide practical education to Veterans in need. By providing woodwork workshops, the charity volunteers find that they are often helping Veterans overcome confidence issues that hinder them from moving past traumatic events that have held them back.

The charity was set up by Veterans in 2015 using tools that were donated by the public. Their mantra “it’s not what we teach but how we teach” goes some way in explaining how the charity approaches their course.

Many Veterans, when they leave life in the Armed Forces, find themselves in the midst of a tough transition. Civilian life with all of its complexities, decisions and upheaval couldn’t, in some ways, be any different from the regimented, routine-orientated life many British Armed Forces personnel come to rely on during their time serving. When Veterans find themselves on civvy street, they often have an existential crisis due to the sheer amount of pressure thrust upon them to make the right decisions in order to build a stable life.

Often that pressure coupled with an over-reliance on alcohol or a descent into drug culture leaves Veterans feeling seriously unequipped to deal with life outside the routine and stability they found themselves relying on when they were active members of the Armed Forces. These factors unfortunately often leave Veterans to a hard life on the streets or becoming increasingly dependant on drugs or alcohol.

What Veterans Woodcraft, along with many other Veteran orientated charities and projects have found is that Veterans are often struggling with serious mental health issues due to the kinetic tours they served on. These mental health issues can often remain undetected for a while and wreak havoc in the lives of these men and women before they are detected and can be dealt with.

The workshops and one-to-one support offered by Veterans Woodcraft gives Veterans a calming routine and process that enables them to both unlock their creativity, and follow guidelines to complete a project. Veterans taking part in these workshops develop skills, patience, confidence and resilience. All of which goes a long way in preparing them to access employment in the community.

Here’s what Veterans Woodcraft had to say about the grant: “Thanks go to The Veterans’ Foundation for their grant to help Veterans Woodcraft fund a new van.  The van will enable woodcraft skills training to be delivered to Veterans out in the community who are unable to travel to the workshop.  The transportation of portable tools and equipment such as lathes, scroll saws and hand tools will be possible to ensure that as many Veterans as possible are able to participate and benefit.”

Veterans’ Foundation has given over £4.7 million to over 240 British military charities and projects, we are only able to give so generously because of the great support we receive from our community. Those who donate and play the Veterans’ Lottery are the lifeblood of Veterans’ Foundation.

Please help us give more money to Veterans in need by Donating today or by playing the National Veterans’ Lottery.