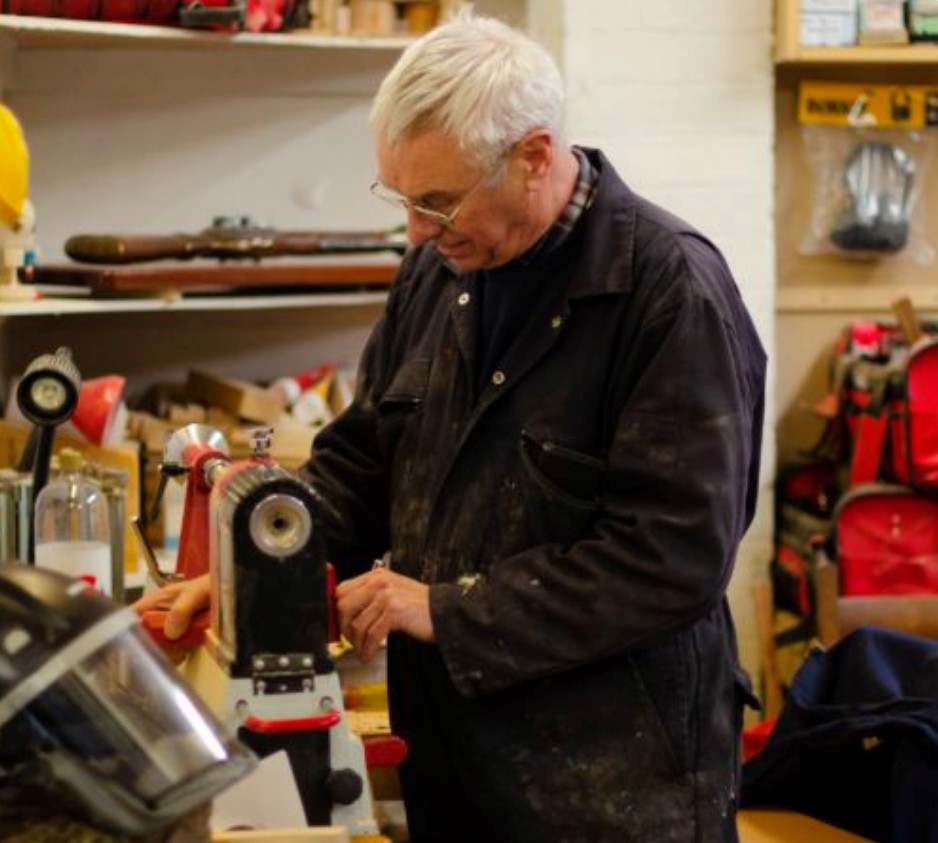 How woodworking has saved the lives of veterans in need

“There’s no doubt that woodworking has helped save the lives of veterans – but we wouldn’t have been able to do it without support from the Veterans’ Foundation.”

Chris Morgan is the founder and director of Veterans’ Woodcraft, a community interest company that he set up in 2015.

A veteran himself – Chris served for 24 years in the Royal Artillery – he found himself at rock bottom when his wife died of cancer in 2002.

Contemplating suicide as the only way out, he found solace in his woodworking shed – his ‘safe place’ as he describes it.

“It’s where I went, I didn’t necessarily do a lot, but being able to work with wood, work with the tools, gave me something to concentrate on and it really pulled me through,” said Chris.

Having moved from his base in Brighton to Catterick Garrison in North Yorkshire with his new partner, Chris began giving woodworking lessons to wounded soldiers from Afghan and Iraq.

“I was initially asked to give wood carving lessons in the barracks on a Tuesday afternoon. Then it became all day Tuesday, then Tuesday and Wednesday,” added Chris.

“But the guys wanted more training, so we set up Veterans Woodcraft.”

From those humble beginnings, Veterans Woodcraft has now offered help to more than 300 veterans and operates out of The Veterans Community Hub at Newton Aycliffe.

Explaining why working with wood is such a powerful tool in helping rehabilitate veterans, Chris said: “It’s incredibly therapeutic because it’s still a living thing. And being able to create something from wood is so satisfying.

“If you can imagine, you’ve got your problems, there’s a lot of stuff going around your head, and whichever way you look there doesn’t seem a way out.

“You come into the workshop, we give you a lump of wood, and you might be on the lathe, all you can concentrate on is the job in hand. So, for two hours, you think of nothing apart from what’s in front of you. And for that two hours, and I’m talking from experience, you don’t think about the issues.

“There is no cure, and I’ll be honest about that, but what we also try and teach is how to manage PTSD for example. We’ve all experienced it, so when you come in and we say we know how you feel, we genuinely know, but what we try and promote is how we then cope with the situations and we’ve found that successful.

“And yes,” said Chris, “we know and we can give you cases through woodworking, through Veterans Woodcraft, through the support the Veterans’ Foundation is giving, we have saved lives.”

On the subject of the Veterans’ Foundation, Chris is quick to acknowledge that grants provided by the VF have provided significant assistance in the growth of Veterans’ Woodcraft.

“The difference the Veterans’ Foundation funding has made has been huge. The VF has been extremely generous. We’ve been able to get a new van for example, which helps us deliver an outreach program to veterans.

“They’ve helped with the part-time salary of one of the admin workers we needed and provided money that paid the rent until we were established and started to get an income for ourselves.

“We owe the Veterans’ Foundation a lot.”

* Veterans Woodcraft is one of 263 different UK-based military charities and organisations to receive part of £7.1m awarded by the Veterans’ Foundation since inception in 2016.