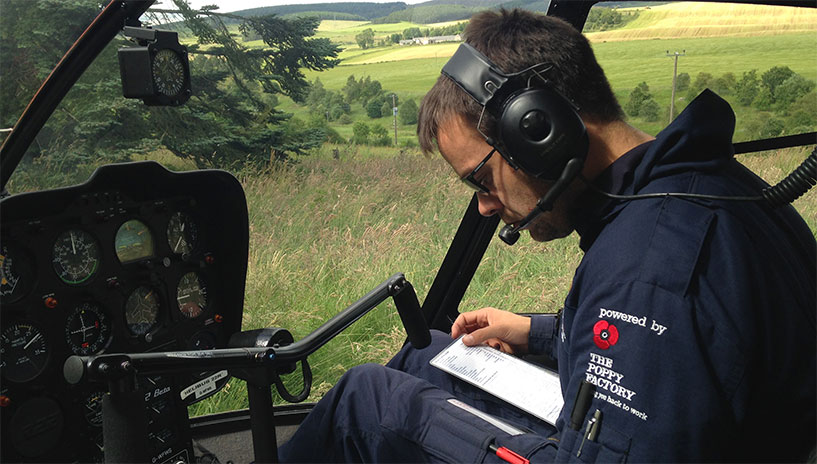 How do Wings for Warriors help Veterans?

Wings for Warriors gives Veterans who have been medically discharged and physically disabled the chance to forge a career in the commercial aviation industry.

Wings for Warriors (WFW) believe that it serves Veterans better to be given clear direction and a career path rather than be supported in the short term. In their own words: “We rebuild confidence, capabilities and pride and return professionals to their communities as someone to look up to instead of look after.”

W4W has developed a close and highly successful working relationship with TUI and one of their senior pilots is a W4W Trustee. TUI has taken on two graduates and has offered confirmed contracts to all four current students, subject o their passing all exams and qualifying as commercial pilots.

The charity offers medically discharged Veterans training to get their Private Pilots Licence followed by their Commercial Pilots Licence before they join TUI as Trainee First Officers. Both of these courses consist of a series of modules covering many different aspects of aviation such as meteorology, aviation law, basics of human physiology at altitude all in addition to flying skills in many different conditions.

The 2 courses take on average, around 24 months to complete. The cost to the charity to put a Veteran through this training is around £34,000.

Meet some of the Wings for Warriors Acadamy

Louis Farrell a former L/Cpl in the Royal Electrical and Mechanical Engineers was medically discharged in 2019. Louis lost his lower leg following an accident getting his leg caught in heavy machinery whilst attached to the Army Air Corps. over the following five years Louis underwent 12 operations,  including the implant of a spinal cord stimulator to try and reconstruct and rehabilitate the limb. Sadly, however, all attempts proved to be in vain and he lost his right leg below the knee in 2018. Louis joined Wings for Warriors in 2018 and he completed his Private Pilots Licence earlier this year. He has recently started the Commercial Pilots Licence course at Bournemouth Commercial Flight Training and is expected to qualify in 2022 when he will join TUI as a Trainee First Officer.

Ex-Royal Marine Commando Joe Zipfel was on his third tour in Afghanistan when driving a tracked support vehicle, he was caught in an IED blast, sustaining Multiple complex lower limb fractures, nerve damage to both legs and a fractured spine. Extensive rehabilitation was not able to bring him back to operational fitness and he was discharged in early 2013. He completed his Private Pilots Licence earlier this year and has started the Commercial Pilots Licence course at Bournemouth. He is expected to join TUI as a Trainee First Officer.

How has Veterans’ Foundation helped Wings for Warriors