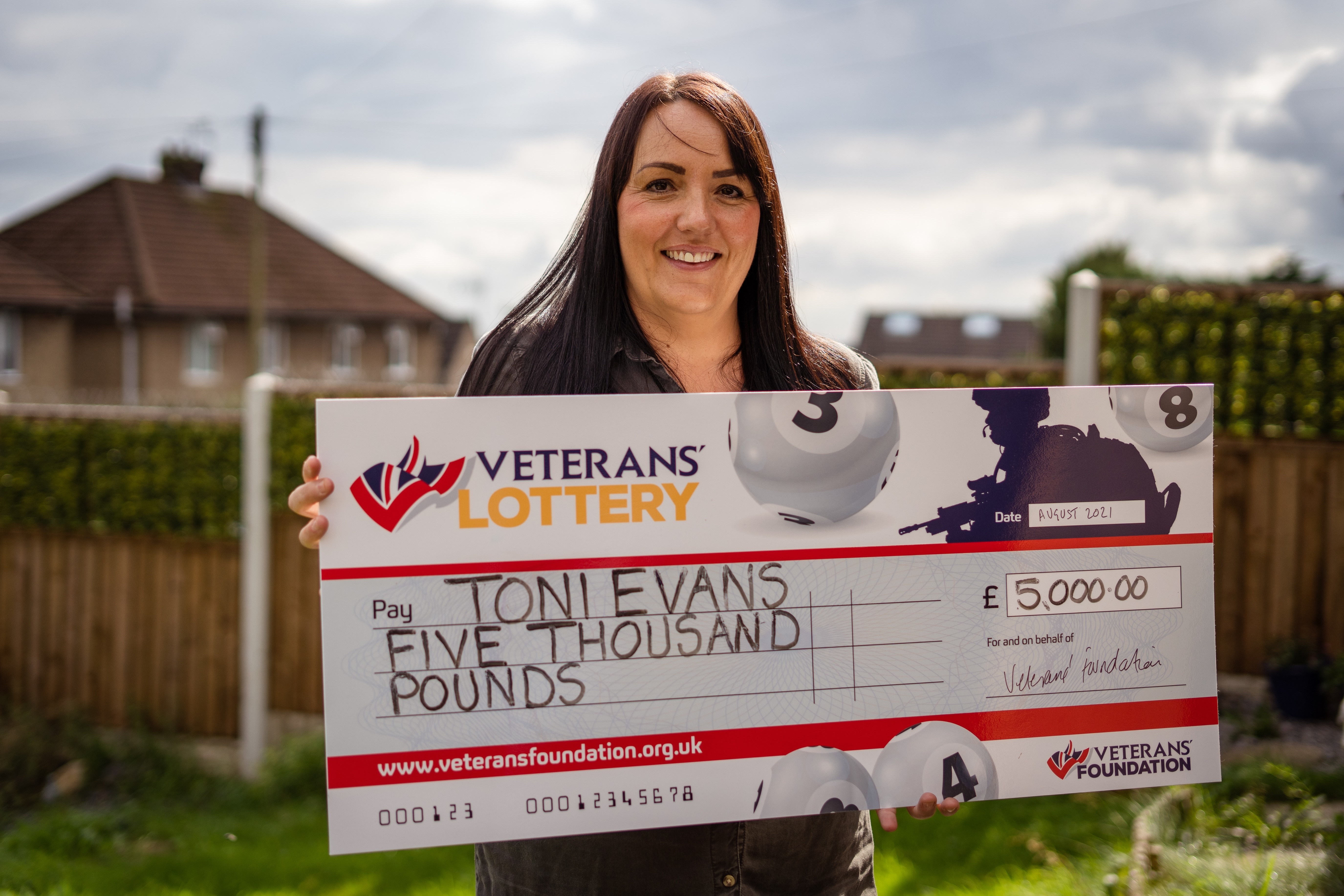 Congratulations to Toni Evans who has just won £5,000 on the Veterans’ Lottery.

The 38-year-old mum-of-four took the top prize in the September draw and described her success as ‘life-changing.’

By her own admission, it’s the first thing she’s ever won and was left in shock when she was told of her good news.

“I just couldn’t believe it,” said Toni, who is currently working as a personal assistant but has ambitions to work in law.

“When I received the call to tell me I’d won I thought ‘this must be a scam’. But the lady was insistent and when I then got a confirmation email, I was in complete shock. I’ve never won anything in my life before!”

Toni intends to spend her winnings installing a new bath for her eight-year-old son, who suffers with both autism and a muscle-wasting condition.

“The timing was remarkable,” she added. “I’d been on to the Housing Association the day before asking them for a new bath for my son and I was told ‘no’. For this to happen so quickly after that is an unbelievable coincidence. It’s genuinely life-changing.”

Although not a veteran herself, Toni’s former partners have served and she has seen first-hand how hard it can be for our ex-service personnel to adjust to civilian life.

“I’ve seen numerous friends suffer with PTSD so I know how much help is needed. Military charities play a crucial role and the Veterans’ Foundation, through the Veterans’ Lottery, distribute vital money to these organisations.

“When I signed up I did so to help British veterans. I never for one second expected to win – but here are I am, £5,000 better off. It’s amazing!”