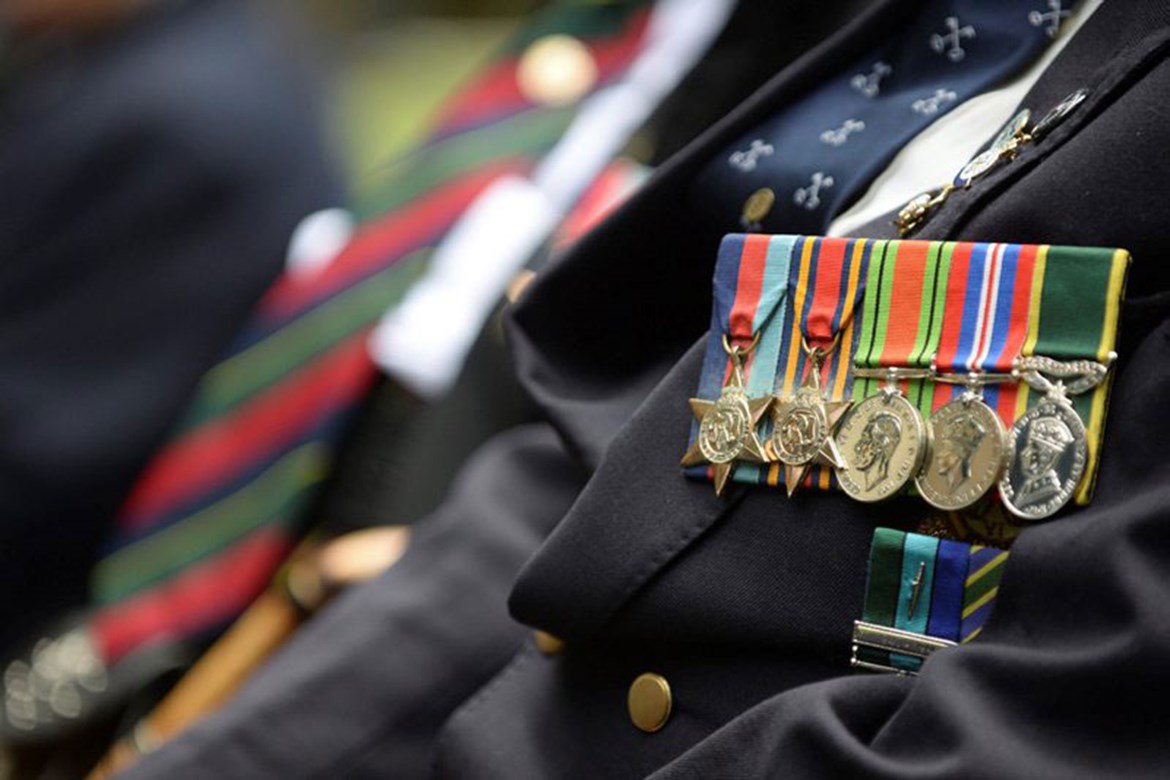 Kohima: The WW2 battle you should know about

Where did the Battle of Kohima take place?

Nagaland is a diverse and culturally rich state set in lush, mountainous, northern India, it borders Myanmar and the state of Assam. Mount Saramati looms majestically over the state known in India as the Land of Festivals. Largely Christian and one of India’s smallest states, Nagaland is an unlikely location for one of the British Army’s finest moments.

Kohima is an Indian hill station and capital of Nagaland. It was here that the British Army had one of its most memorable victories. The British and Indian forces who held Kohima and Imphal and whose heroic bravery and sacrifice stopped the Japanese from advancing into India are known as the Forgotten Army. What they achieved is truly legendary and worthy of the title Britain’s greatest battle - a title bestowed upon it by the National Army Museum.

The battles for Imphal and Kohima claimed around 70,000 lives and are often referred to as the Stalingrad of the East. The battles took place between 8 March and 18 July 1944 and were some of the bloodiest battles of the Second World War. The fighting was constant and intense, many personal accounts recall hand to hand combat. Bayonets were a leading cause of death. Earl Mountbatten described it as ‘probably one of the greatest battles in history…in effect, it was the British/Indian Thermopylae’.

Previously to this conflict, the British and Indian forces had been forced to retreat over 1,000 miles out of Burma (now Myanmar) and back into India. Imphal and Kohima were locations where the British and Indian 14th Army were readying for an offensive to retake Burma. Kohima was an important target for Japan, it was their doorway into India and further advancement.

Kohima was roughly midway between the forces at Imphal and the supply depot at Dimapur. It was a 130-mile road, Imphal at one end, Kohima in the middle and Dimapur at the other end. Kohima and Imphal were isolated aside from this single road.

The Japanese knew that Britain intended to retake Burma, they decided that they would preemptively strike during preparations for this. The British had not had much success in jungle warfare to this point, the Japanese did not expect much resistance while they pushed through India.

General William Slim was in command of the British Fourteenth Army, he took charge after the British retreat from Burma and gave them a renewed fighting spirit along with ensuring his men underwent jungle warfare training.

The Japanese set out to halt the preparations for an advance into Burma. They started an offensive named U-Go. Their purpose was to destroy British and Indian forces in Imphal, and Kohima. They were planning to use the successful assault on Kohima to springboard their invasion of India after their successful invasion of Burma.

The British had been aware of a build-up of Japanese forces through aerial reconnaissance, they were expecting an attack. This enabled them to prepare for battle and dig-in to good positions. The first move made by the attacking Japanese forces was to split the road between Kohima and Imphal. The two strongholds and the units within them were now isolated from each other.

Lieutenant-General Montagu Stopford rushed last-minute reinforcements into Kohima, 2 artillery battalions along with a supporting artillery unit stationed themselves on Garrison Hill, 2 miles to the West of Kohima.

On the 4th of April 1944 in Kohima, Colonel Hugh Richards and his 1,200 strong unit were faced with over 12,000 experienced Japanese soldiers. The battle soon became trench warfare with both sides often within yards of each other. The fighting was very intense with the Japanese keeping up steady arms and artillery fire. The Japanese attempted to exhaust the defending units by constant artillery bombardment from sunset until dawn.

In addition to constant attacks, the Japanese also carried out an extensive propaganda campaign calling for the British and Indian troops to surrender or face merciless death. Throughout the ensuing weeks, hand-to-hand conflict was commonplace, close quarter fighting became more frequent the closer the lines came to each other. 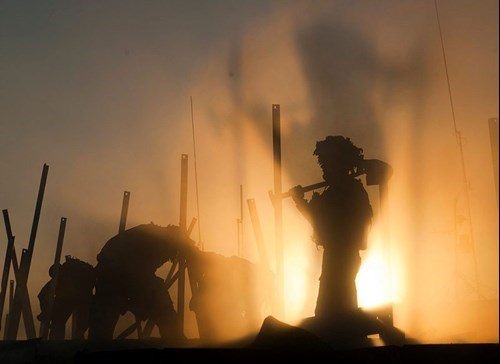 On the 17th of April, the Japanese launched an attack on Garrison Hill. This is regarded as the fiercest advance launched on British positions during the Battle for Kohima. Failure to hold this position would have almost certainly allowed Japanese forces to steamroll Kohima and effectively break the back of the Fourteenth Army. The British and Indian troops faced artillery bombardments, grenades and heavy machine gun fire. At this point, Garrison Hill was the last remaining battle line between the attacking Japanese forces and the British/Indian defenders.

On the evening of the 18th of April, the British troops were on the brink of defeat. Colonel Hugh Richards recalled being asked by a private “When we die, sir, is that the end or do we go on?” Against formidable odds - the Allied troops remained strong and held the vital position.

Many men died on both sides, by the time the Royal Berkshires came to relieve their comrades the smell alone of the dead bodies was so strong that many of the men were physically sick as they took up positions on the hill.

As a result of initial attacks on Kohima, the Japanese had taken control of the British Deputy Commissioner's Kohima bungalow and a tennis court attached to the building. Along with occupying this building they had dug trenches, bunkers and heavy gun pits around the area. The battle that followed in mid-May is known as Battle of the Tennis Court. The Japanese were well dug in, it took superior tactics to defeat these jungle veterans - enter the Royal Engineers.

Due to the terrain, there was seemingly no way for armoured vehicles to access the area. On May 13th, the 2nd Battalion Dorset regiment lay in wait as the Royal Engineers cut a path before winching a Grant tank into position and pushing it down the slope and into the tennis court. The tank opened fire on the Japanese bunkers from under 20 yards, while being flanked by 2 platoons of men. This was a decisive moment in the battle and resulted in the Allied forces finally taking back control of the bungalow.

This was the final straw, the Japanese were forced to withdraw to Imphal. Imphal was also the site of fierce fighting between Allied and Japanese forces. The Allies remained strong and withstood  80 days of siege by Japanese regiments, they were also forced to retreat. Another key victory by the British and Indian troops.

The value of this victory cannot be over-empathised. The victory enabled Britain to reconquer Burma. It also proved to the US (who were facing Japan in the Pacific Theatre) and other Allied forces that Japan could be beaten.

Kohima remembers the conflict with a few simple words: "When you go home, tell them of us, and say: For your tomorrow, we gave our today."

British veterans have put themselves in harm's way to defend us. Once their service ends, they are often left destitute, with little to no direction and mental or physical issues. The Veterans’ Foundation exists to help these brave men and women and give them the best chance at succeeding once they leave the army.

Play the Veterans’ Lottery today to help us raise the funds needed to help veterans when they need it most. It only costs £10 a month to play and gives you the chance to win £35,000 each month.