Ex-Naval Officer Wins £5,000 in Veterans’ Lottery – and Gives Some Back!

A North Yorkshire naval veteran has pledged to donate some of his winnings back to charity after scooping the £5,000 top prize in the latest Veterans’ Lottery draw.

Jerry Anderson, 70, from Harrogate, served for 32 years in the Royal Navy and was shocked to learn that he’d secured the winner’s cheque just a few months after signing up to play the Veterans’ Lottery.

“It was a very pleasant surprise,” said Jerry.

“I only signed up to it (Veterans’ Lottery) last Summer - I signed up because I wanted to contribute, I didn’t really expect I was going to win!” 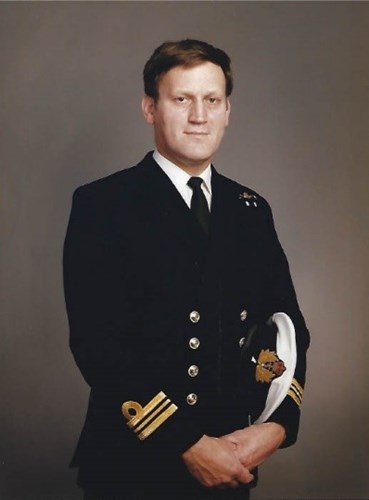 Even though Jerry (above, 1990) plans to spend some of his winnings on an easier way of enjoying his beautiful North Yorkshire surroundings, the former Lieutenant Commander was still determined to help those who needed it.

“Now I’m getting on a bit and I’m 70 with dodgy knees, we’re going to buy two electric bikes,” he said.

“But I’m also going to donate some back – I want to help veterans a bit more.” 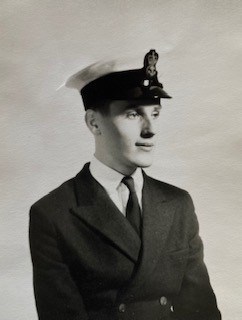 After a long naval career that started at the tender age of 16 (above, 1968), the ex-officer understands the struggles many British service personnel face when they leave the Armed Forces and the importance of supporting them.

“I’ve got some empathy with veterans as I was medically discharged myself,” Jerry explained.

“You’re not only supporting a very worthy cause (playing the Veterans’ Lottery), you might just win a prize!”

The Veterans’ Lottery provides the main income for the Veterans’ Foundation, who have just hit the incredible milestone of awarding over £10 million in grants to 330 UK-based Armed Forces charities since inception in 2016.

To find out more about the Veterans’ Lottery and to sign up for a chance to win the brand new £50,000 rollover jackpot, click the button below: