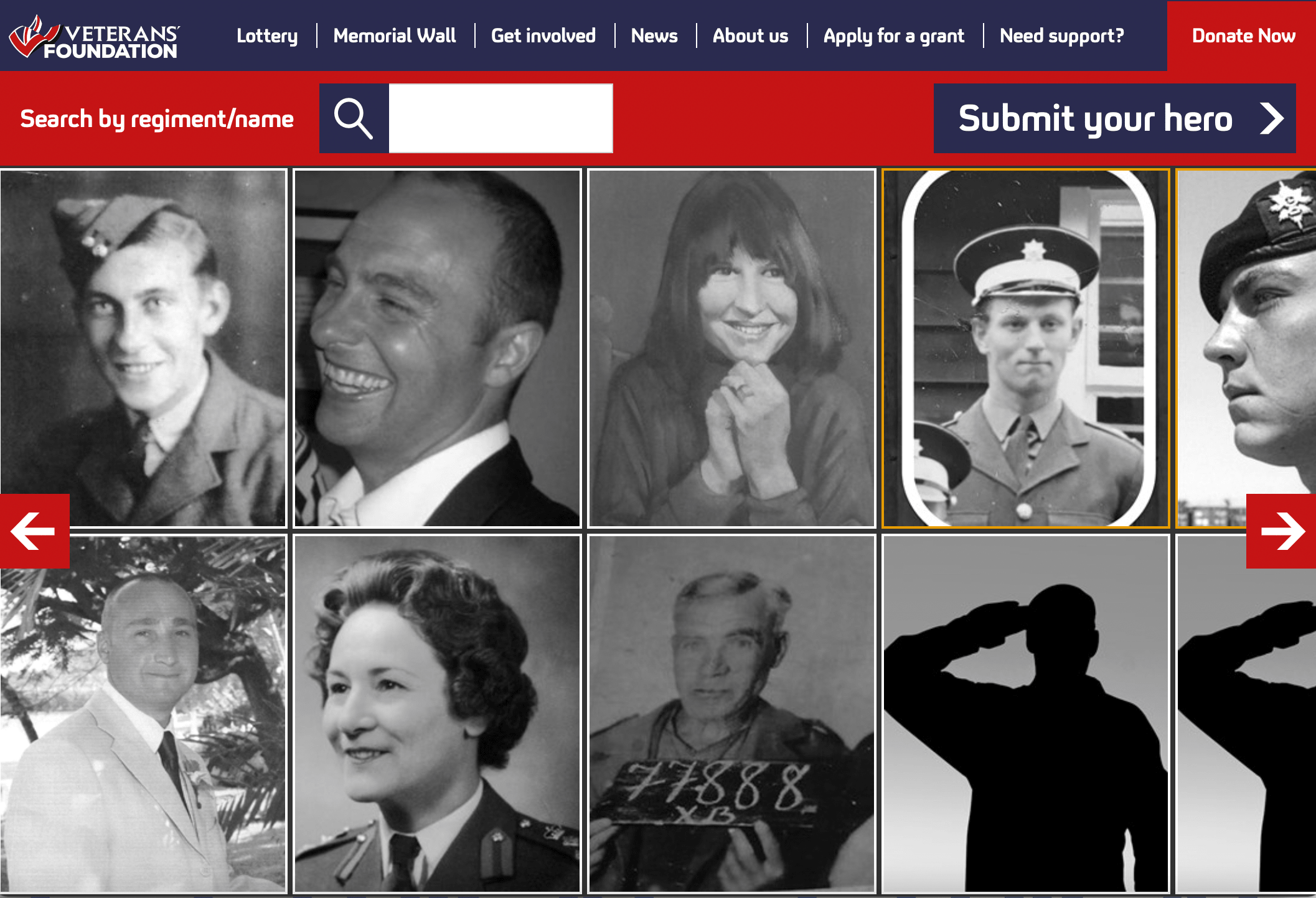 The Veterans’ Foundation has officially announced the launch of the Armed Forces Memorial Wall which pays tribute to the lives of loved ones who have died in or after service.

This new online memorial is a place of remembrance where anyone can pay tribute to those who served in the British Armed Forces, including the 457 British personnel who lost their lives during the conflict in Afghanistan which began 20 years ago.

Lieutenant-Colonel Stewart Hill was left with severe brain injuries in the same Taliban IED attack that killed soldiers under his command in Helmand Province, 2009, and is an ambassador for the Armed Forces Memorial Wall.

“The Armed Forces Memorial Wall is vital to ensure that all those who have proudly worn the uniform of the British Army, Royal Navy, Royal Air Force and operationally qualified seafarers - whether they died in service or in their civilian years - are recognised and remembered,” said Hill.

“As we approach 20 years after the conflict began in Afghanistan, my thoughts are with the people I served alongside and remembering those who passed away - I hope the friends and family of all 457 British heroes who died in Afghanistan ensure their tributes are placed on the Memorial Wall,” he added.

The memory of your loved one can also support British veterans in need today. All donations help to fund projects such as tackling PTSD and mental health; homelessness; physical disability; as well as providing support for bereaved forces children.

Vicki Holmes, whose son, Lance Corporal Kieron Hill, was killed in Afghanistan in 2009 at the age of just 20, was one of the first to post on the Armed Forces Memorial Wall: “Knowing he died serving his country gives me an immense sense of pride and leaving his tribute ensures that when I’m gone he will be remembered.

“I’ve included a monthly donation on Kieron’s memorial - being able to support our heroes in Kieron’s name seems the perfect tribute to my son.”

Tributes only take a few minutes to add to the Armed Forces Memorial Wall – upload a photo of your loved one and include details of both civilian and service life, ensuring heroes are represented and remembered alongside fellow servicemen and women.

Virtual Candles of Remembrance can also be lit on Memorial Wall tributes by friends, family or anyone who wishes to pay their respects.

Veterans’ Foundation CEO and founder, Major General David Shaw CBE, said: “The Memorial Wall will be a remarkable record of people who have served their country; it is a unique form of remembrance for today, and an online record for future generations so they may learn and pay their respects. Some of the memorials already posted are fascinating references dating back to WW1 and it is important this history is preserved. Those that served will never be forgotten.”

The Veterans' Foundation extends its thanks to MONAT-Gratitude and others who have contributed to the project, enabling fallen heroes to be remembered on the Armed Forces Memorial Wall.