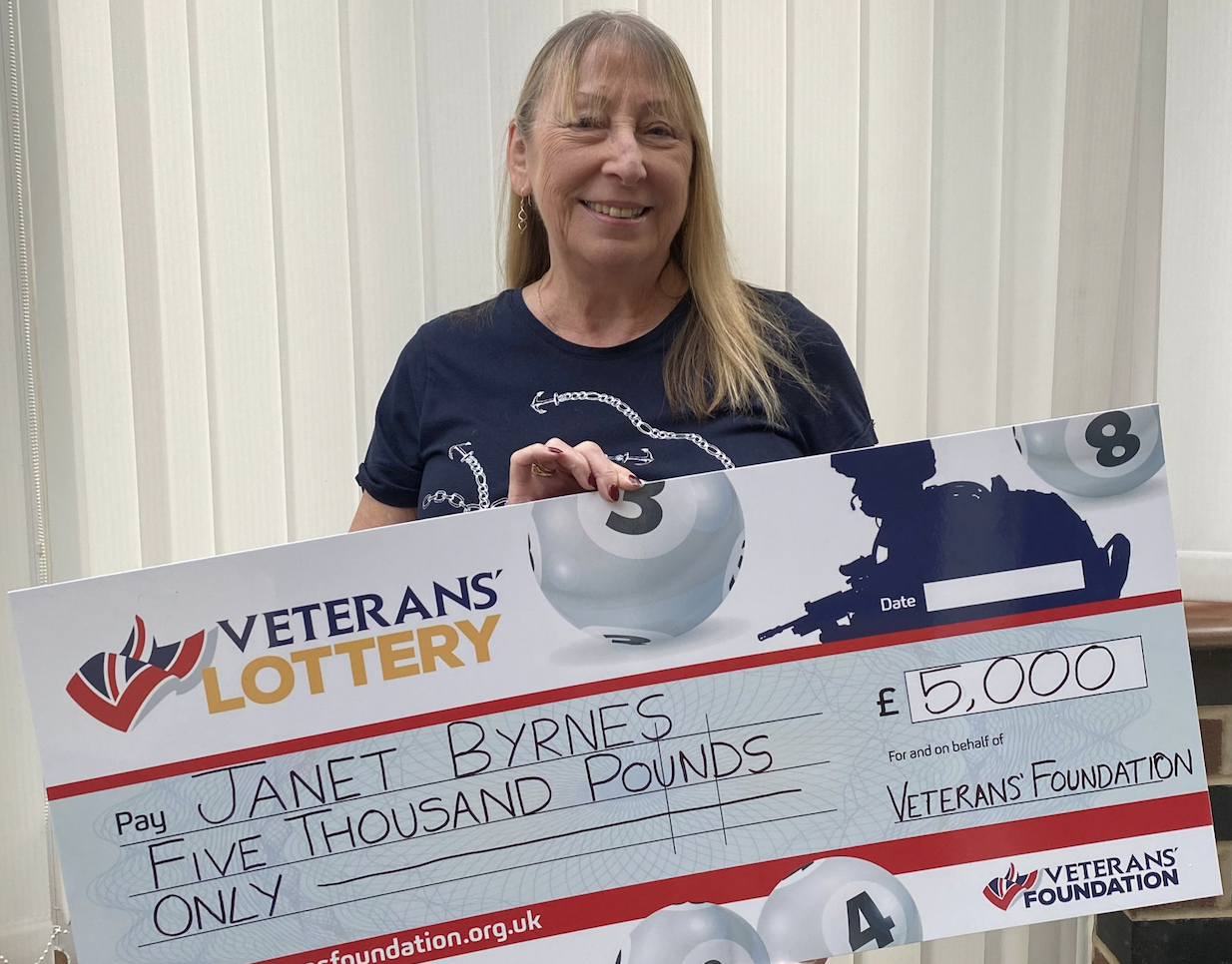 A Forces wedding is on the agenda for our latest Veterans’ Lottery winner after she landed the £5,000 first prize in the latest draw.

Janet Byrnes, from Surrey, took the spoils in November’s draw and some of the money will go towards formally welcoming one of our Armed Forces community into her family unit.

“It’s funny actually, because my daughter is getting married to a soldier in 2023,” Janet revealed.

“Her partner serves in the Household Cavalry at the moment, so it’s great that some of this Veterans’ Lottery money can go towards their wedding.”

The 69-year-old was delighted to have won but was initially taken aback when she received the call to let her know that she’d scooped the top prize.

“I didn’t believe it at first,” explained Janet.

It was a real surprise and came completely out of the blue. Fantastic!”

By virtue of living close to Aldershot, Janet sees plenty of the Armed Forces in her daily life, and her motivation for playing the Veterans’ Lottery is a very straightforward one.

“Why do I play the Veterans’ Lottery? Simply because they deserve it,” she said.

“You don’t expect to win, you don’t even play to win, you play the Veterans’ Lottery to make sure that veterans get the support that they need.

They make sacrifices for us, so they deserve our support.”

Our second prize winner in November was Robert Gustar of Pulborough, who secured the £2,000 pot, while a further 40 lucky players each received £120 each.

For your chance to win up to £35,000 every month and support veterans in need, please sign up to play the Veterans’ Lottery today.