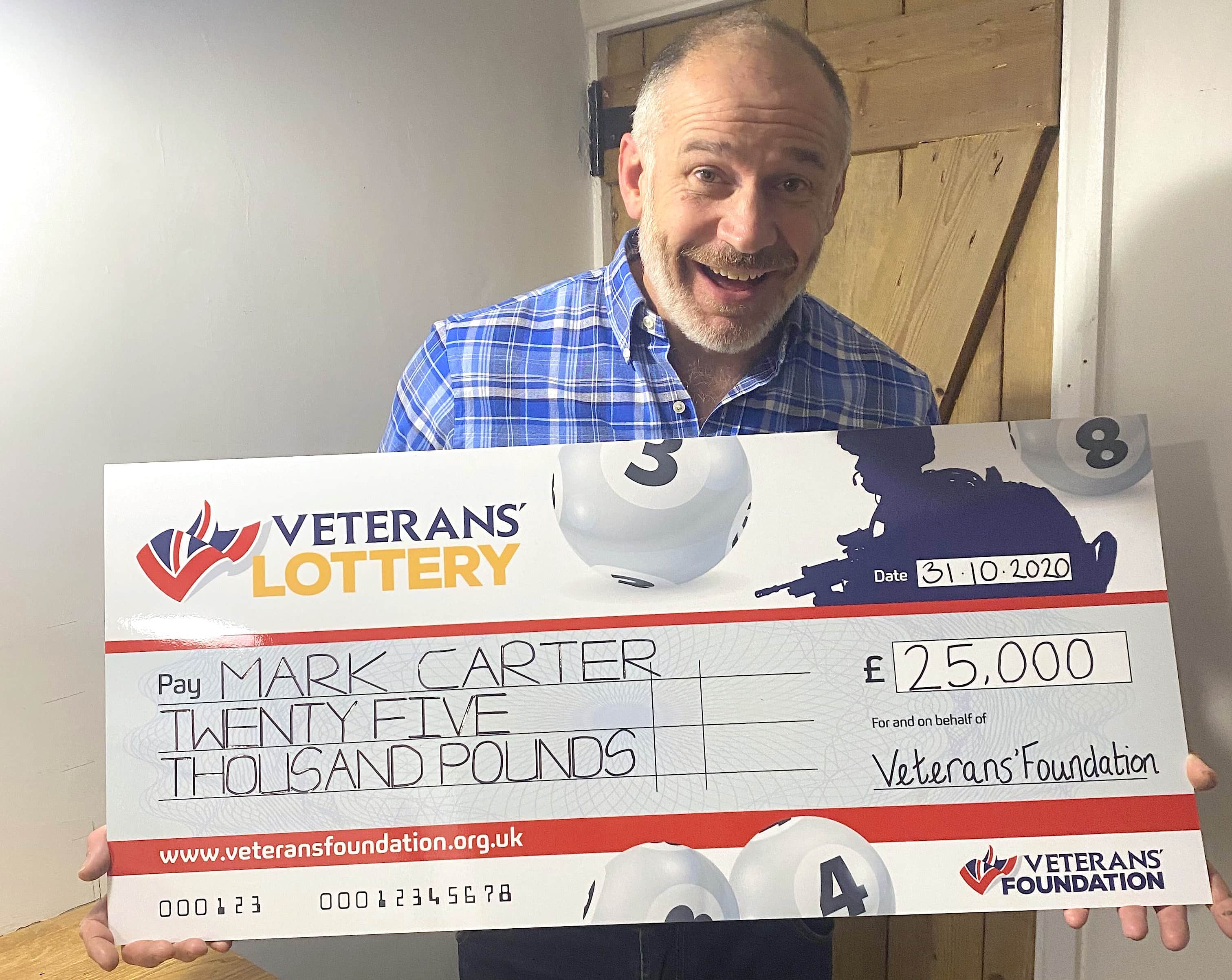 Congratulations to Mark Carter who has just landed £25,000 in the October draw of the Veterans’ Lottery!

Although not a veteran himself, Mark has seen first-hand some of the issues facing those who leave service. His nephew now suffers with PTSD having served in Afghanistan where he was a passenger in Land Rover explosion that took the life of the driver.

“I joined the Veterans’ Lottery after seeing an advert on Facebook and was touched by the stories I was seeing,” said Mark, who now lives in Norfolk.

“The bravery they showed was humbling and I felt that this was a charity worthy of my support.

“So I paid my £10 –a-month and didn’t think any more about it, other than I was helping.

Having recently bought a cottage, he intends to use the winnings to help with renovations.

“I am proof that anyone can win!” he added.

Picking up £2,000 as the second prize winner was British Army veteran, Stephen Evans.

Stephen, from Pontypridd, South Wales, served for 17 years before retiring in 2002.

“I honestly thought that it was a joke when I was told I’d won,” he said.

“I’m thrilled and will be putting the money towards a motorhome so I can travel to motocross events with my son, who is a regular competitor.”

*The December draw will see the Veterans’ Lottery jackpot Rollover figure rise to a maximum of £30,000 meaning the most a player can win in a single month will now be £35,000 (first prize plus Rollover pot).