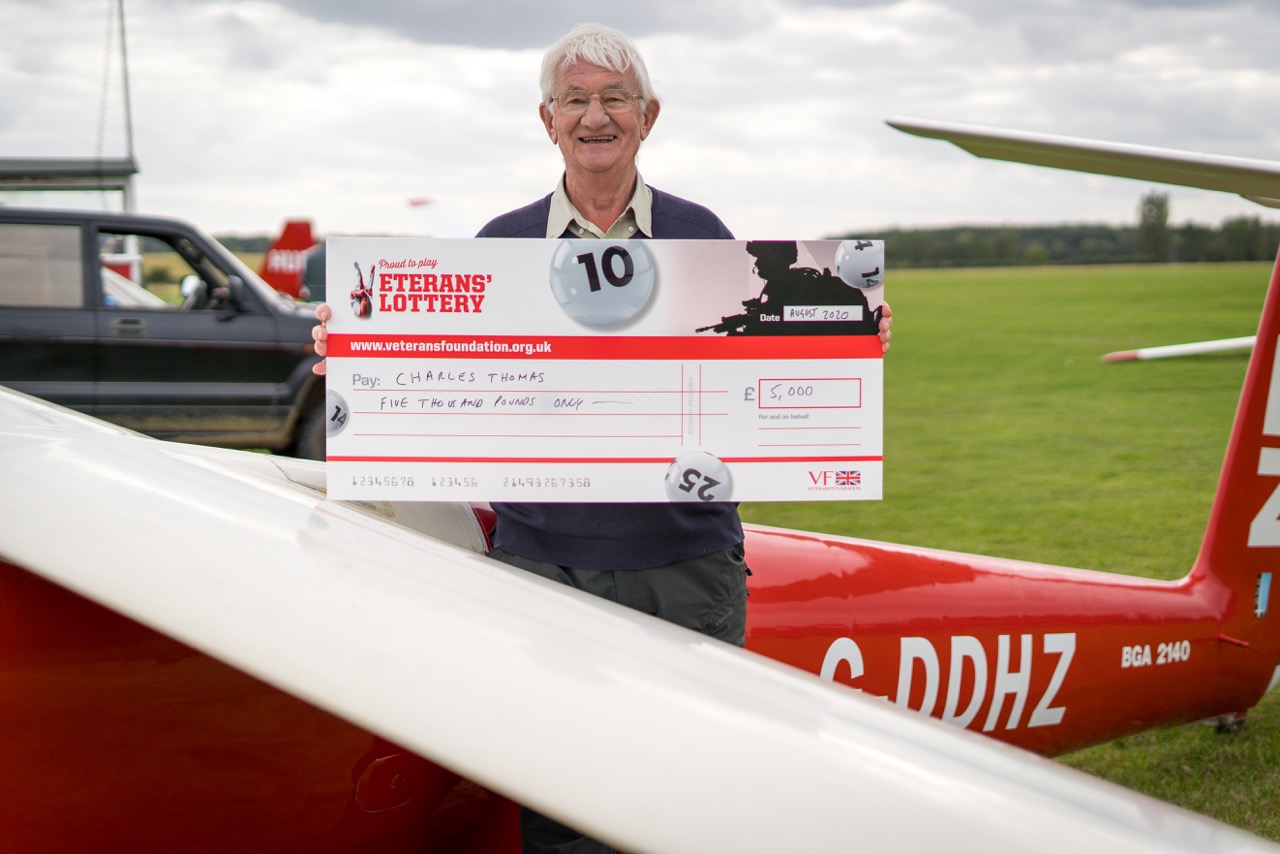 An 86-year-old RAF veteran is celebrating after landing first prize in the latest Veterans’ Lottery draw.

Charles ‘Fred’ Thomas, who lives in Rushden, Northants, scooped £5,000 as our August winner.

And as well as using part of the winnings to support family members affected by the COVID pandemic, he’ll also be setting aside some for his great passion in life – flying.

“I might be 86, but I still get a huge thrill from taking to the skies,” said Charles, who is an avid glider pilot.

“Today I still love it and can’t see a time when I won’t!”

As an active member of the Welland Gliding Club with more than 1,200 glider flights under his belt, Charles puts his continued good health down to staying physically and mentally active.

Charles, who spent six years in the RAF before enjoying a career as a marine engineer, joined the Veterans’ Lottery in March 2019 on a friend’s recommendation and believes it provides a fantastic way of supporting British veterans in need.

“The Veterans’ Lottery gives me the ideal opportunity of supporting today’s veterans and I’d urge anyone thinking of joining up to just get on and do it.

“Who knows, you might end up being as lucky as me!”