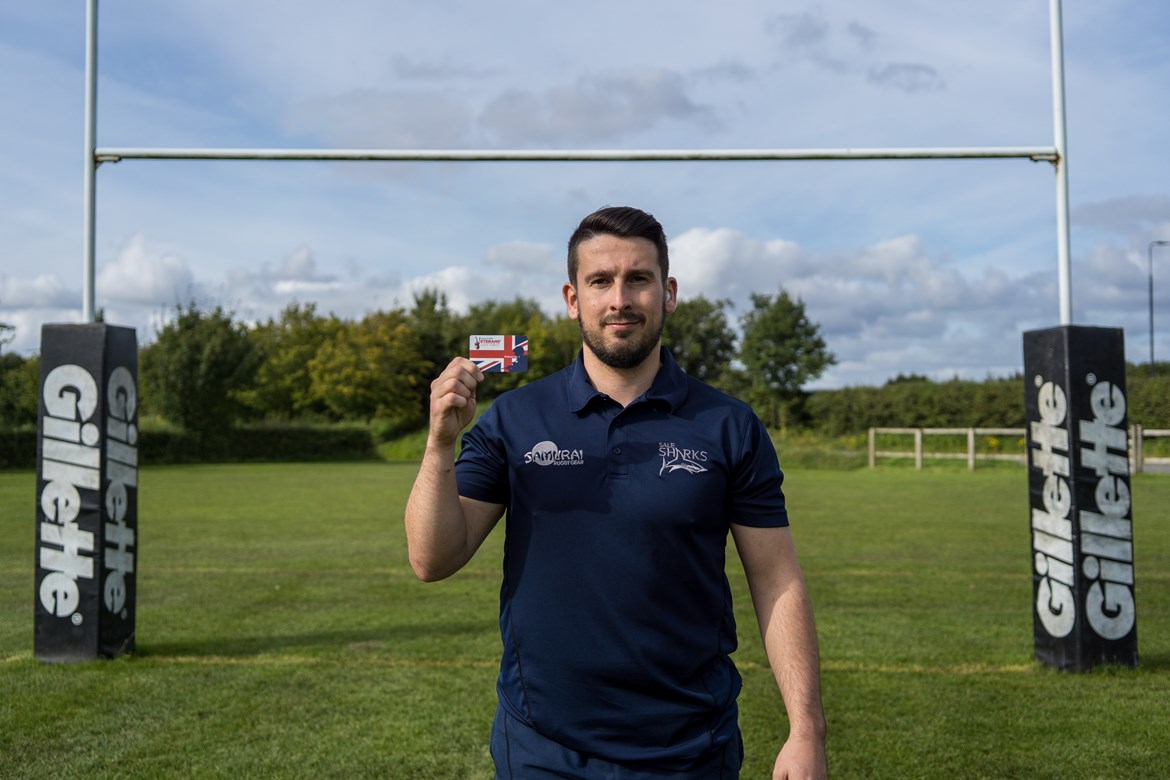 Sale Sharks Forces is a programme that exists to support Veterans who have left military service readjust to civilian life. Veterans’ Foundation is proud to support this crucial cause.

What does Sale Sharks Forces do to help veterans?

Currently, Sale Sharks Forces are supporting over 500 British Veterans and their families across the North West. One key project they run is called Life Outside the Camo.” This project helps Veterans, both young and old discover and gain purpose within their own local communities. The aim of Life Outside the Camo is to help these veterans have a sense of belonging in their neighbourhoods.

Sharks Forces also helps veterans find work and receive mental health support. There is no other job in the UK that leaves such a consistently high percentage of former personnel with mental health issues as the Armed Forces. When veterans leave the services they find themselves fighting to gain stability in a world they are not used to. Often the transition destroys ego, mental health and families of the brave men and women who have served. Mental health is often neglected due to the stress of making this stressful transition

Sale Sharks Forces play an important part in helping UK veterans find the stability and peace they need in order to create a life for themselves and their families. Ensuring mental health issues are talked about helps to ensure that veterans get the help they need before mental health problems become harder to deal with.

Who is Craig Monaghan?

Craig Monaghan is a veteran who served in the British Army for 6 years and was medically discharged after touring Afghanistan. “To not be able to serve broke my heart,” Craig Monaghan then had to reintegrate in society. He was haunted by flashbacks from combat including killing an insurgent. Having no plan B to life in the Army, Craig fell into depression and even attempted suicide. He fought his way out of depression and started the Sale Sharks Forces. In recognition of Craig’s work with veterans, he earned an invite to Buckingham Palace. He explained: “Sale Sharks Forces have become bigger than I ever thought it could be...I’m very proud.”

How can you help?

The UK has many small British military charities who exist to look out for veterans and help them make the transition from active service to civilian life. Sale Sharks Forces are one of these charities. To date, we have given over £2million to over £120 veterans charities. We can help these charities because of donations and players of the National Veterans’ Lottery. To help us give more money to veterans’ charities who desperately need help please donate, leave a little something in your will or play the National Veterans’ Lottery.