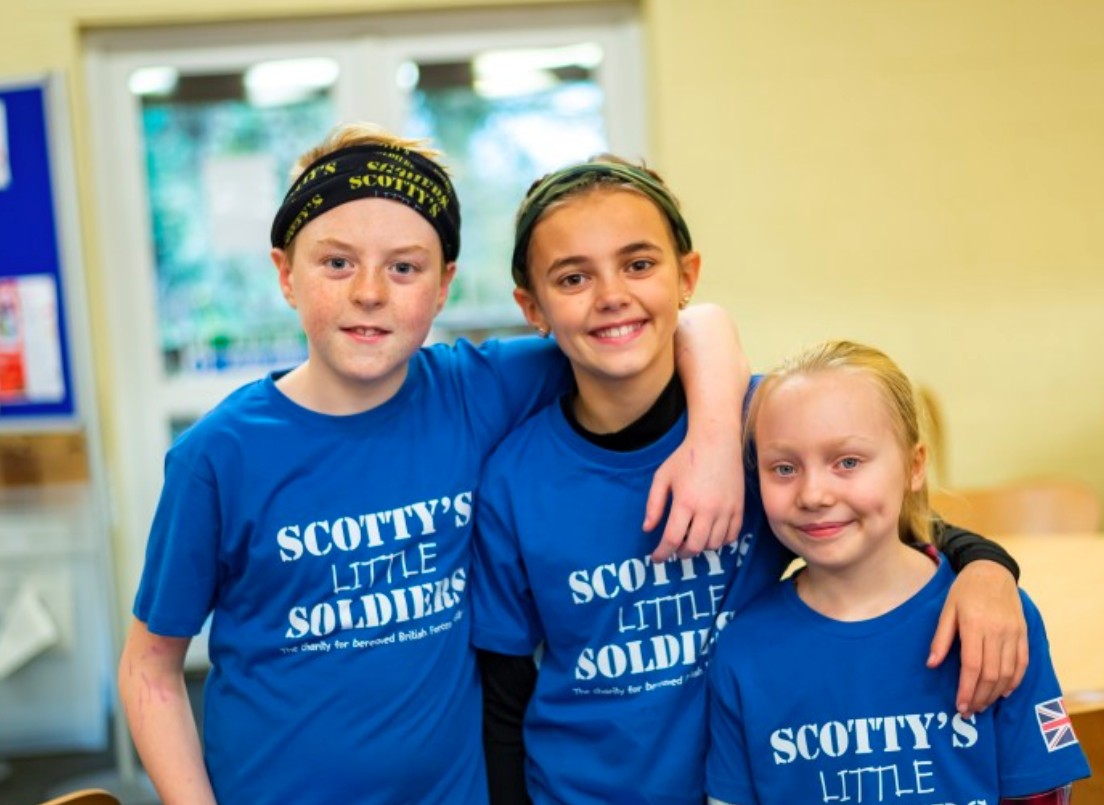 Scotty’s Little Soldiers – a charity that supports bereaved Forces children – has said a huge "thank you" to the Veterans’ Foundation after receiving a grant of £30,000.

The funds will be put towards the annual Christmas party, where members are encouraged to ‘have fun without feeling any guilt.’

The Veterans’ Foundation has a long-standing relationship with Scotty’s, something its founder, Nikki Scott, acknowledges has been of great value to the charity.

“Thank you so much to the Veterans’ Foundation for awarding Scotty’s with £30,000 to go towards the cost of the members’ Christmas party,” said Nikki.

“It’s hard to explain how much this party means to the bereaved Forces children and young people we support.

“It’s the chance for them to have fun without feeling guilty because all the other children there have also experienced the death of a parent who served. It brings a smile to their face at a particularly difficult time of year and helps them form friendships with other young people who understand what they are going through.

“It’s also an opportunity to feel part of a supportive community, a reminder they aren’t alone and reassurance their hero hasn’t been forgotten.

“The Veterans’ Foundation is so supportive of the work we do at Scotty’s and we can’t thank them enough for their continued support.”

Scotty’s Little Soldiers was just one of 40 UK-based military charities and organisations that received a share of £915,000 in grants awarded by the Veterans’ Foundation in June 2021.

It takes the total amount of money – almost all raised through players of the Veterans’ Lottery – given to military charities and organisations here in the UK since the Veterans’ Foundation was founded in 2016 to £7.1m.

*If you’d like to help British veterans in need, please play the Veterans’ Lottery.