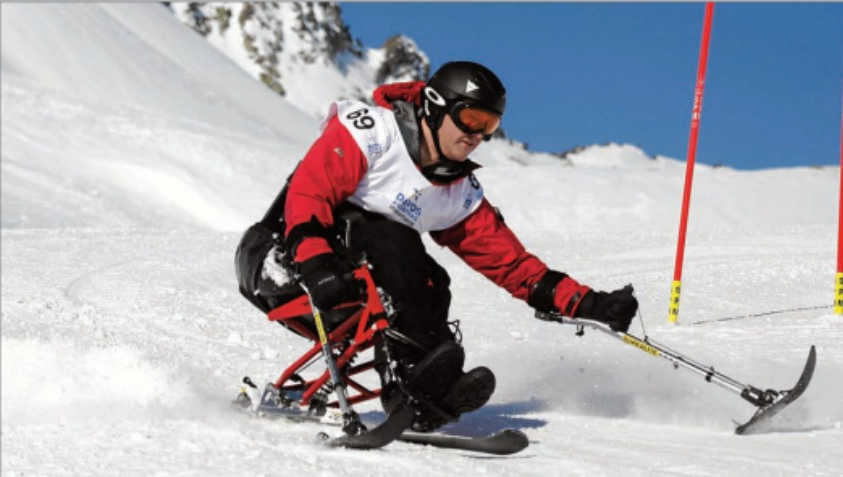 Veterans’ Foundation is proud to support the charity Supporting Wounded Veterans. The charity helps Veterans by supporting them to ski with the help of a team of experts and dedicated volunteers. For many people the Armed Forces is home, it gives them a purpose, and identity, friends and self-respect. When that is taken away, the results can be far-reaching.

When members of the Armed Forces are injured, it's often the invisible injuries that never heal. Post Traumatic Stress Disorder (PTSD), depression and isolation visit many Veterans, these unwelcome visitors are often called the circle of despair. Breaking the circle of despair is the aim of Supporting Wounded Veterans. The psychological and physical benefits of adaptive skiing can affect a real transformation, giving Veterans back the self-esteem they thought was lost forever. Skiing also helps Veterans build core muscle strength which is often the first step on their road to independence - and with that, the chance of employment.

Mac used to ski when he was younger but an injury sustained while serving made him believe he would never ski again. While on a Skihabilitation retreat with Supporting Wounded Veterans, he had one of the best weeks of his life. He was supported to ski again, and was able to get more than 2 hours sleep for the first time in 10 years. “Being back on a slope after 15 years of not being able to do any winter sports is amazing, it's given me that buzz back that I've been missing. If you have the opportunity to go on one of these trips, you have to do it. Get back and meet your brothers.”

Mac went on to explain “One of the main things that you miss when you leave the Armed Forces is the camaraderie. Veteran's Ski retreats give you that togetherness and brotherhood again. Being with people who know what you're going through and what you have been through is priceless. Sometimes you get good advice from other Veterans who can shed light on something that can help you. If they've been through something similar to what you're going through they can recommend things that you can check out.”

One Veteran named Edmund tells his story: “If you join the Army you can expect a job for life, it's what you enjoy, where your friends are and what you know. When that's taken away from you, you have to build another life which is not an easy thing to do. I was serving in Afghanistan searching for IEDs when one blew up. PTSD gave me horrible nightmares which turned me to alcohol and drug abuse and made me aggressive to friends and family. I was barely able to use public transport and maintain my independence. Skiing was a far-out possibility for me. When I was medically discharged I never thought I'd have the sense of adventure and adrenaline which drew me to the Army in the first place. Supporting Wounded Veterans have given this back to me, something I thought was lost forever. Trips like the ones Supporting Wounded Veterans offers, gave me the real possibility to move on, and accept that my new life as a civilian, as a Veteran has begun. I can do things I wouldn't have done otherwise. That's why this is a very special charity.”

Another Veteran explains: “ It's hard to communicate about the PTSD because people can't see it, especially when talking to an employer or someone who will be judging you. It's so easy to spiral out of control and into despair. The day you stay in bed all day could be the day that things spiral downwards again. On my first day skiing, I was falling down constantly and really couldn't do much, by the second day I was whizzing down slopes. Because of this skiing week, I've gained confidence, watched some physiological barriers break down, become more self-aware, discovered self-esteem, socialised and exercised well. There will never be a shortage of people who will benefit from this kind of activity. Supporting Wounded Veterans will never no the full extent of what they've given to me.”

How can I help?