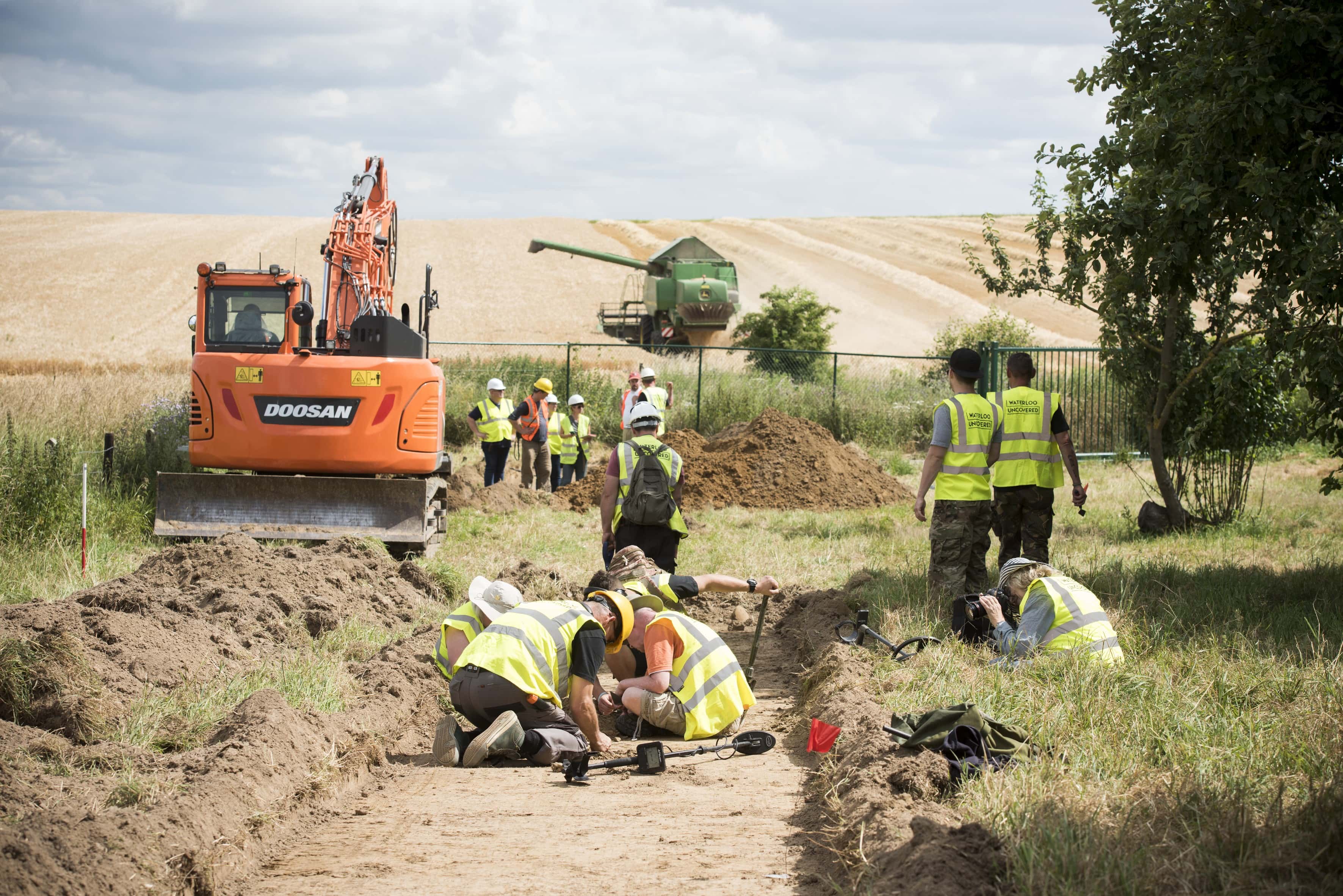 Veterans’ Foundation is proud to announce that Waterloo Uncovered is the latest recipients of one of our grants.

How does Waterloo uncovered help veterans?

Waterloo Uncovered is a unique military charity that takes mentally and physically injured veterans and serving personnel on as archaeologists on one of the most historically important sites in the world.

Afghanistan war veterans Mark Evans and Charlie Foinette began their journey to setting up Waterloo Uncovered when they joined an MoD project that supported veterans through Archeology. Their time at the project helped them recover from their recent tours of duty and readjust to civilian life. Both keen archaeologists before they joined the army, they were delighted to discover how their shared experiences and passions could come together so well.

At the start of the project, it was 200 years since the famous battle, little archaeology had been carried out at the site and time had seen erosion, treasure hunters and farming take away much of the value of the site. As time goes on, less and less can be learned from this battlefield.

Realising the importance of utilising the time they had, Mark and Charlie quickly enlisted the help of several of the most renowned archaeologists and historians in the world and many notable organisations lent a hand where they could. Soon the project was underway.

The archaeology teams are largely made up of veterans who are eager to learn and who are surrounded by empathetic people who are or have been in similar situations that they find themselves in. Like many people who seek to help veterans once they leave the army, Waterloo Uncovered have found the value in veterans learning from each other.

Waterloo Uncovered offers a unique opportunity for veterans with often severe physical injuries to take just as an active part in excavations as their able-bodied companions.

The volunteers believe those that suffer from PTSD find the work particularly helpful. As the work largely takes place outside nature has a natural healing effect. The nature of the work gives those taking part a focus and has been described as meditative

Many of the veterans have never been introduced to archaeology before joining Waterloo Uncovered. The charity is delighted that a number of those that joined in excavations have continued exploring archaeology and gone on to begin an education in the field.

We believe that the work Waterloo Uncovered carries out truly helps change veterans’ lives and helps them make the transition between life in the military and as a civilian. We are proud to support them and are excited to see their project continue to grow.

We support many veterans’ charities through donations and lottery tickets from our supporters. To date - Veterans' Foundation has given £2million to 140 veterans' charities. Because of the generosity of our supporters, we are able to give large grants to these charities which helps them make big changes that directly impact the lives of British heroes. You can donate whatever amount you want - every penny goes to veterans’ causes. You can also support our veterans by playing the Veterans’ Lottery. It only costs £10 a month and while supporting UK veterans’ you also have the opportunity to win £25,000 every month.