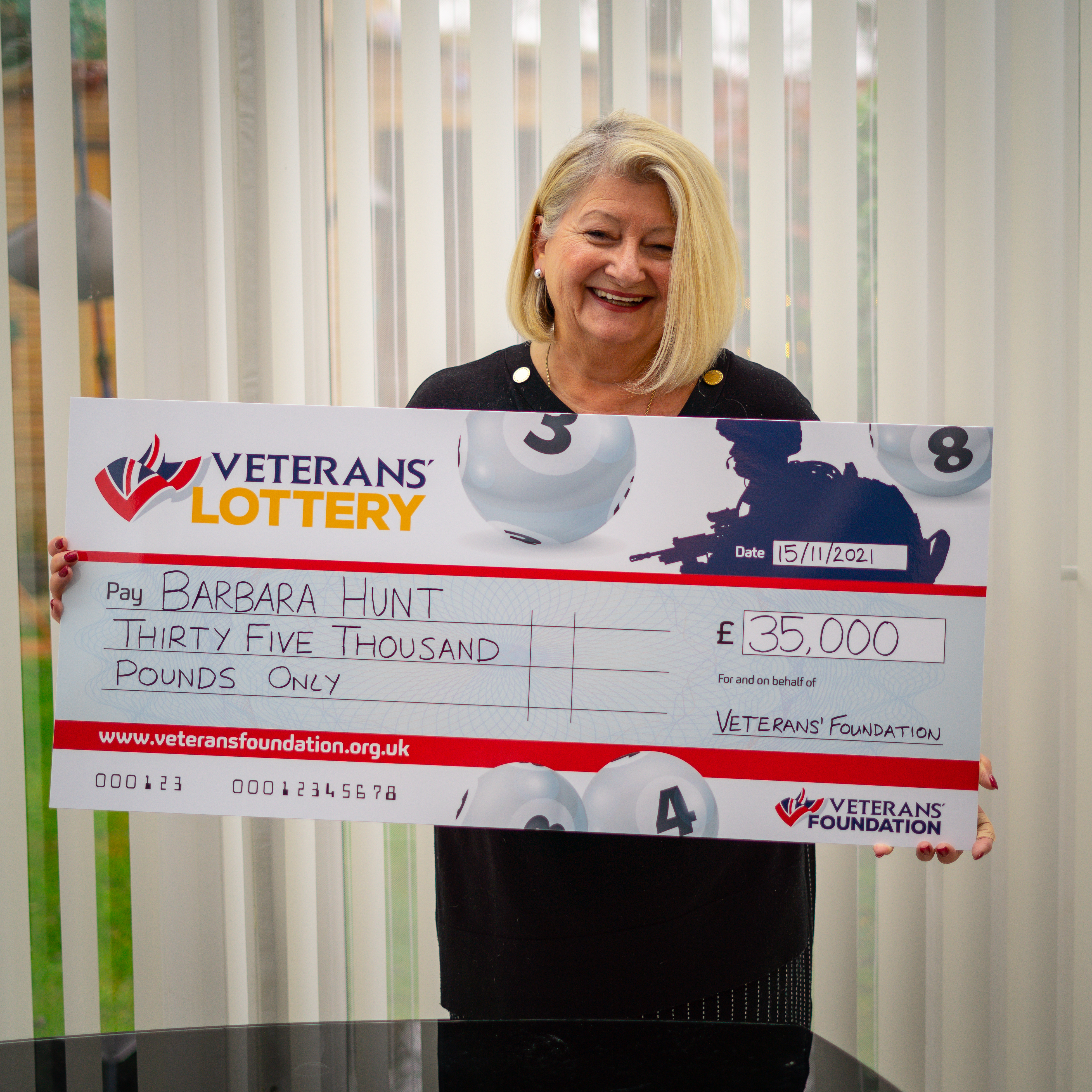 Congratulations to our latest Veterans’ Lottery winner who has scooped the maximum £35,000 in October's draw.

Barbara Hunt, from Borehamwood, was not only successful in bagging the £5,000 monthly first prize, but also secured the £30,000 rollover jackpot.

“The word I would use to describe winning the Veterans’ Lottery would be ‘ecstatic’!” said a thrilled Barbara.

“Quite honestly, I thought it was a fraud at the time,” she laughed.

“The emotion that I felt when I found out was one of shock actually, disbelief and euphoria. I was just very, very happy,” said Barbara.

The 71-year-old’s father flew Lancaster bombers during the Second World War, while both of her grandfathers also fought for their country, but her main motivation for playing the Veterans’ Lottery came from her personal experience.

“Many years ago, when my son was born, I was in hospital with a girl and her husband was very badly burned on the Sir Galahad during the Falklands War,” explained Barbara.

“From then on, I’ve always been wanting to help if I can, in a small way. I don’t think people understand fully what needs veterans have.”

And what message would Barbara give to anyone thinking of helping veterans by signing up to the Veterans’ Lottery?

“Go ahead and do it, because like myself, I never imagined that I would ever win, but the odds are that you could and a large amount like I was lucky enough to!”

The £2,000 second prize went to Mark Thompson of County Durham, himself a veteran and now director of a company that employs ex-military personnel, while 40 other players each received £120.

Signing up to the Veterans’ Lottery directly helps ex-servicemen and women all over the UK and for just £10 a month, you can play a huge part in supporting veterans in need as well as going into the hat to win fantastic cash prizes.