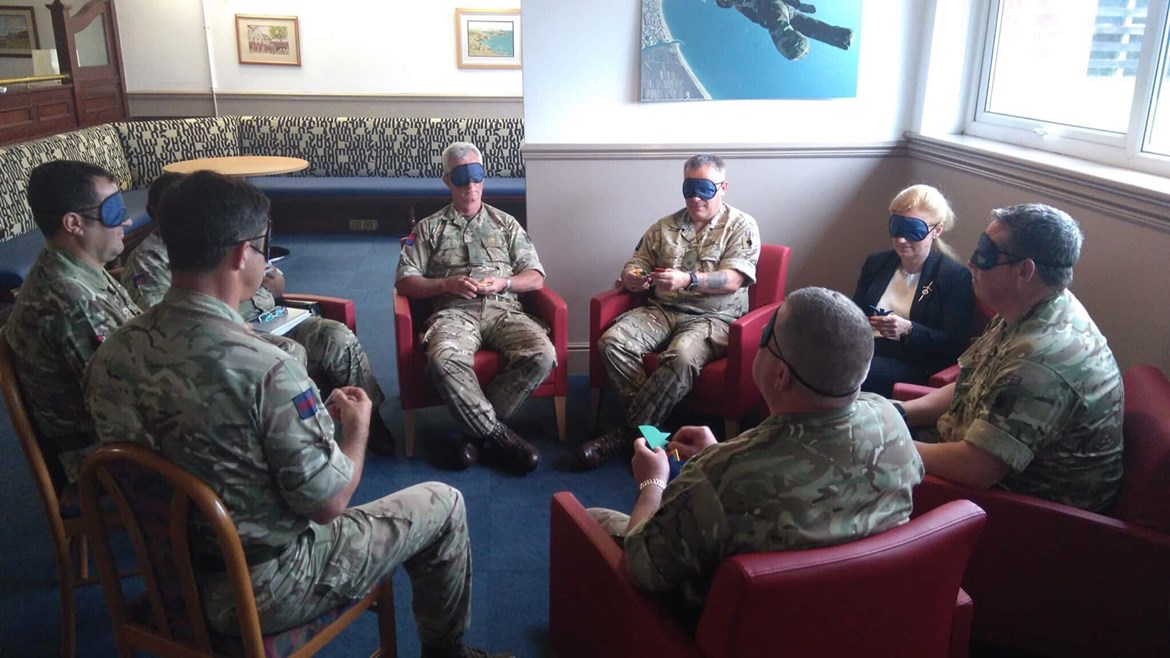 Who Are Future for Heroes?

Like other charities working with veterans, F4H recognise the incredible hardship veterans face on leaving active service. Adjusting to civilian life is hard no matter the length of service. There is often a loss of identity and purpose waiting for veterans upon leaving service.

Anyone who has looked for work can understand the stress associated with job seeking. But it is often harder for veterans who have often only ever worked in a unique armed forces setting. The stress and pressure of searching for work along with struggling with readjusting to civilian life can often lead to veterans finding themselves on a downward spiral where they feel helpless and uncared for. Depression, homelessness, drug-dependency and prison are all too common side effects of leaving the Armed Forces.

Future for Heroes seeks to ensure that ex-forces personnel have the help they need forging a career once their service has ended. They run courses which help veterans understand their individual strengths and help them plan a future for themselves. These are absolutely crucial steps in helping veterans move in a positive direction.

Future for Heroes explain their mission: “We strive to develop the ability of serving and retired members of the armed forces of all ranks and status – and their spouses/partners – to manage the dramatic change in cultures when resuming civilian life in such a way that they are better able to identify, and help meet, their needs and to participate fully in society.”

How Veteran Kelvin was helped by Future for Heroes

“Future for Heroes (F4H) helped me to open up and know where I wanted to go. They gave me an understanding of myself and other people around me. The combination of classroom work and outside work was fantastic.”

“When I arrived at F4H I was afraid to show my feelings and had no idea what I wanted. But with the help of people on F4H and talking to them made me see that I could still go for things and not to be afraid of the future. I now have a true purpose in life and I have goals that I have started to go for.”

“I would like to thank them all very much for the work they do for all that come to them.”

How Can I Help?

The SAS Needs YOU!